A simple upgrade to your Apple iMac or MacBook can increase it’s performance by 400% and make it run like a new model. We show you how. 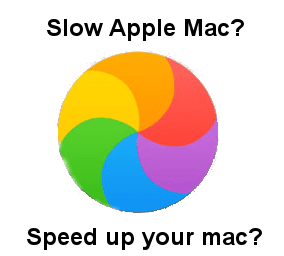 When you buy or test a new Mac the first thing you notice is how quickly it starts up and the absence of the “spinning-wheel“. The reason newer Macs start so quickly is because they have a Solid State Hard Disk Drive (SSD) combined with a HDD drive known as a fusion-drive, rather than the conventional Hard Disk Drive (HDD) that was standard on iMacs prior to late 2012 and MacBooks prior to mid 2012.

You may remember a few weeks ago you put a 1TB ssd and more ram into my 2010 27″ iMac. This email is just to let you know that I am really happy with the results. The iMac is now faster than my late 2013 laptop, which was top of the line with an SSD when I bought it. Definitely happy I upgraded and didn’t buy a new iMac.

The following is a video of a 2011 iMac loading El Capitan OSx. It takes 44 seconds.

The same model iMac with a 1 TB Samsung SSD, takes only 17 seconds, just like a new iMac.

If your Mac computer was purchased prior to 2012, then your probably noticing how slow it has recently become, on startup and in general use. how often are you seeing the apple “spinning wheel” (see above) as you open applications?

Unfortunately, the size of each new Mac OS update gets larger and larger and the more work your hard disk (HDD) has to do to load the programs.

If your computer is a pre-2012 model then it is most likely to have a conventional HDD, which is now > 4 years old and has a 50% chance of failing as well as slowing down due to age and an accumulation of old programs, utilities and old operating systems.

The conventional wisdom to speed up a computer is to increase the RAM but that only works if you have 2GB of RAM or less or your gaming or running video editing or high intense graphic programs.

True speed and performance is gained by replacing the old HDD with a SSD (solid state drive) which is what Apple started to do on it’s post 2012 models.

SSD’s have no working parts and are in essence a very large USB thumb or flash drive and they work 4 times faster than conventional drives.

Adding extra RAM also increase the speed of certain memory hungry programs that do a lot of processing such as video and image editing and rendering programs including Auto CAD, iMovie and Final Cut Pro but generally will not be noticeable if you already have 4GB or 8GB of RAM.

If you would like a quote to upgrade your Mac, iMac, Macbook, Pro or Mac Mini please send an email to support@itguyswa.com including the serial number of the device.

Speed up your Apple Mac

Speed up your Apple Mac with an SSD

Speed up your Apple iMac with an SSD

Speed up your Apple Macbook Pro Retina with an SSD

Speed up your Apple Macbook Air with an SSD

Speed up your Windows PC or Laptop with an SSD

Speed up your Apple Macbook with an SSD

If you live in Western Australia, and you need any kind of computer help, please bring your computer to us at 315 Rokeby Road, Subiaco, Western Australia or call us out. You can email us at support@itguyswa.com.au or call: