Confused about the abundance of TV streaming services available in Australia in 2020? 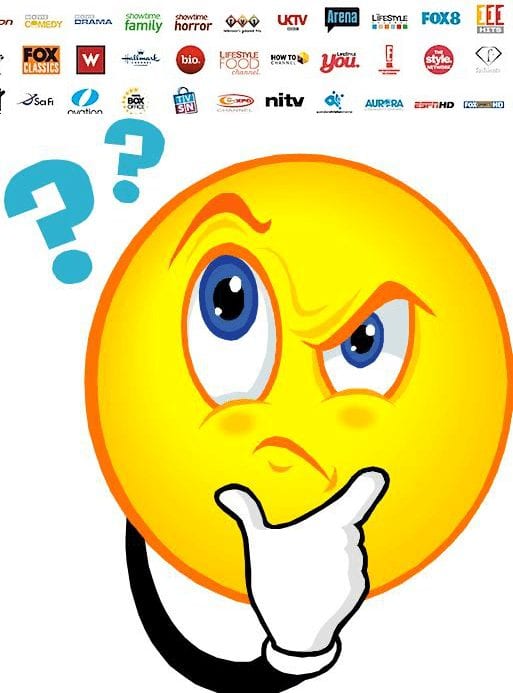 You are not alone…. much has changed since we published the original article back in 2016

Some companies have folded while others have emerged, TV services such as streaming, now come in a variety of choices, some Free and others paid.

Some services requiring a special “box” for recording programs (Foxtel IQ, FetchTV) but with the majority of services are available to “stream” using an “App” on most Smart-TV’s or Desktop-Box units.

Confused by the “jargon” regarding “streaming”, “on-demand” TV etc. here is a quick idiots-guide or FAQ (Frequently-Asked-Questions)

There are more than two-dozen Free to Air channels in Australia (also known as Free View) including the five major channels presented below, ABC, SBS, Seven, Nine and Ten and are often referred to a “Terrestrial” channels and in most cases still need a TV Aerial to receive. 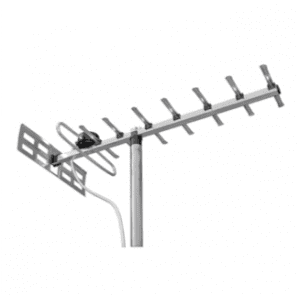 Gone are the days of only 5 Terrestrial channels to choose from, there are now more than twenty four including ABC HD, ABC Comedy, SBS HD, SBS World Movies, Seven HD, Seven 2, Seven Mate, 10 HD, 10 Bold, 9 HD, 9 Go, 9 Gem to name but a few. All Free-To-Air and all available on older traditional and newer Smart-TV’s

Being Free-to-air you have to watch each program when it is being aired, unless you have a recording-device such as Foxtel IQ or FetchTV. Very useful if you want to watch sports that are only available on Free-to-air TV but of little use otherwise considering the options and choices. 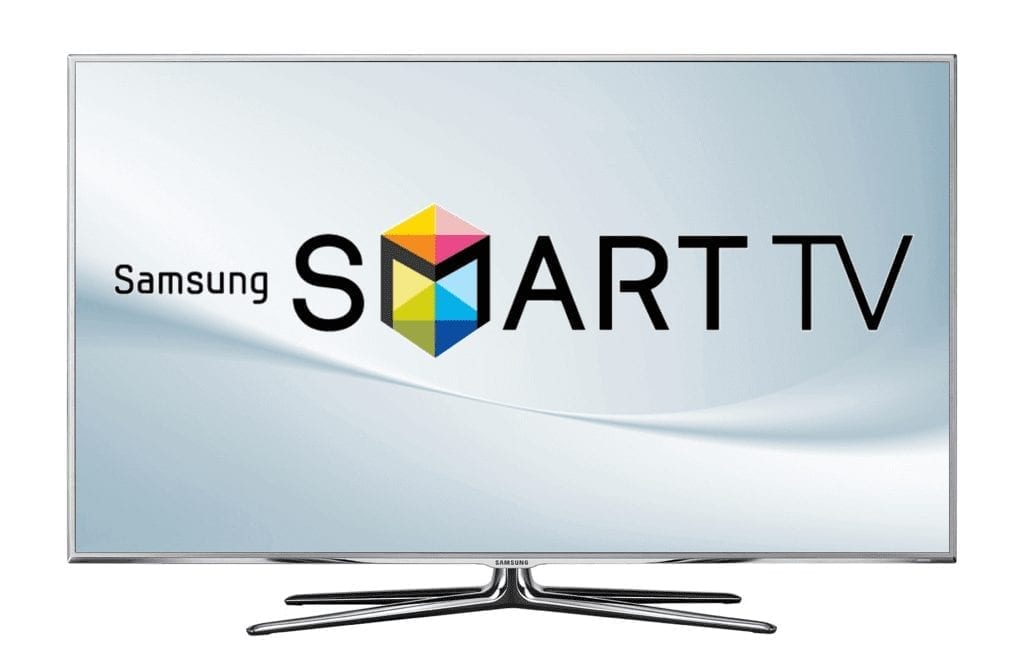 What is a Smart-TV? (AKA a “Connected TV“) All newer TV’s (no more than 10 years old) are usually classified as Smart-TV‘s. A Smart TV is a television that has built-in Internet access, either by a direct, wired Ethernet connection or built-in Wi-Fi and can:

A dumb-TV, has none of the above but can often be turned into a Smart-TV by adding an external device (set-top box) such as Apple TV, Google Chromecast, Telstra TV, Fetch TV, Foxtel Now Box, Amazon Fire TV Stick

or gaming consoles such as Xbox and PlayStation.

With Free to Air TV, you have to watch TV programs and movies when they are bein

g broadcast, or you can record them for future viewing with a recording device (see above) but if a particular movie or TV program isn’t showing or available on Free to Air TV you have a number of choices to find and watch that show or movie, some also FREE but the majority are PAID services.

What is a “Streaming Service”?

“Streaming” a TV program or Movie means you are watching the program as it is being downloaded to your TV or device from the Internet in real-time. As long as your Internet Service is quick enough, you should not see any delay, freezing (or lagging) of the picture. This means you do not have to wait for something to completely download before you watch it and your TV is not going to fill up or run out of storage space. 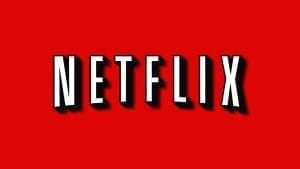 etc. All you need is a Smart TV or set-top box with an Internet connection with a download speed of 3mbps or better.

What are “Catchup” or “On-Demand” Programs

“Catchup” is a phrase used by Foxtel where programs and movies not currently being shown on Foxtel, can be downloaded using a Foxtel IQ box with an Internet Connection. Older iQ boxes were not internet-enabled and if you wish to utilise this Foxtel feature, you may have to upgrade your IQ box. This is essentially the same as “streaming”

Set-Top boxes such as Telstra TV and Apple TV may offer “on-demand” services where movies and TV shows can be purchased individually, on-demand. 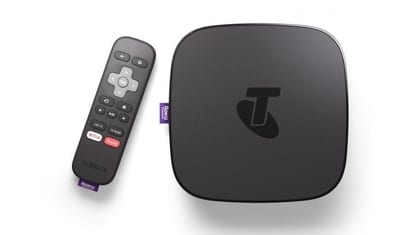 Telstra offer Telstra TV Box Office (formerly Bigpond Movies) where the latest movies can be purchased or rented and charged to a Telstra account. 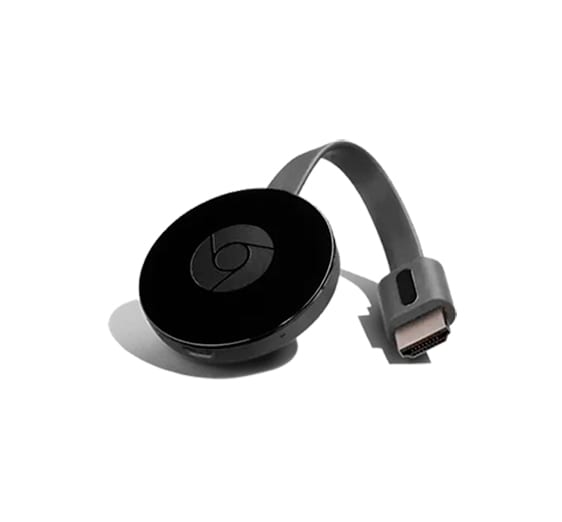 What is a Smart-TV App?

In addition to viewing Free to Air Programs on a Smart-TV, they also come with built in “Apps” or “Programs” that allow access to streaming and on-demand services as detailed above.

Popular Apps such as “Netflix” and Amazon “Prime-TV” may also have their own dedicated buttons on the TV remote control but by going through the “Apps” section of your TV you will also find Apps for ABC iView, SBS On-demand, Stan, Apple TV, Telstra movies etc. 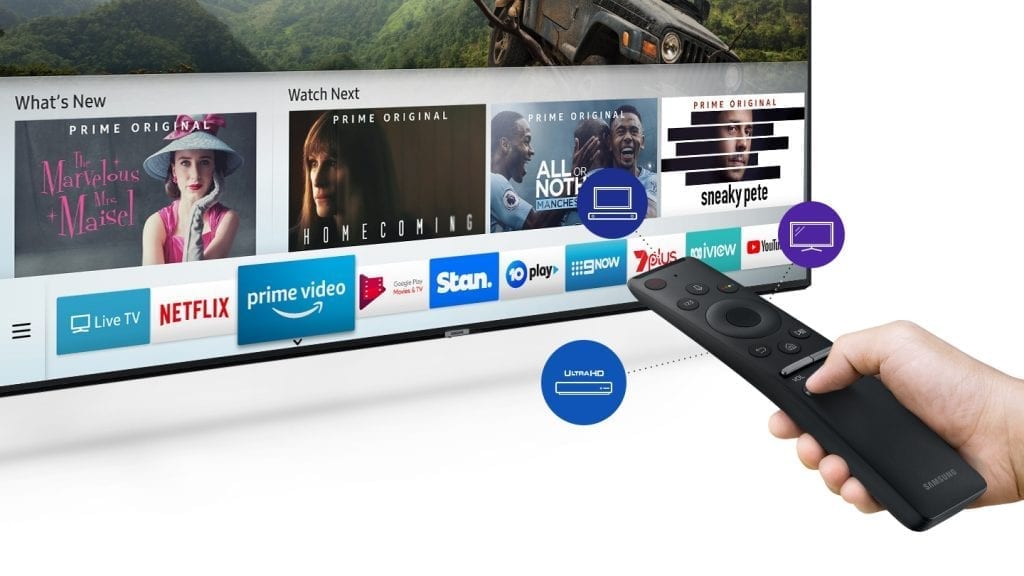 Because your Smart TV is connected to the Internet, it should be constantly “upgrading” itself with the latest Apps, so over time you may see the available Apps increase as new services (such as Disney+

How do I connect my TV to the Internet?

A smart-TV depends on an Internet Connection. Most Smart-TV’s and Set-Top Boxes can connect via a “wired” (Ethernet cable) or wire-less (Wi-Fi) connection.

Connecting a TV to the Internet via Wi-Fi provides a much more flexible option, allowing you to situate your TV anywhere in the home. However, this means that the Wi-Fi signal at the TV’s location must be fast enough as to not cause “lagging” of the picture. If the WI Fi signal at your TV is causing you problems, The IT Guys can assist in troubleshooting and fixing the problem (see below)

If you live in Western Australia, and you need any kind of computer help, please bring your computer to us at 315 Rokeby Road, Subiaco, Western Australia or call us out. You can email us at helpdesk@itguyswa.com.au or call: